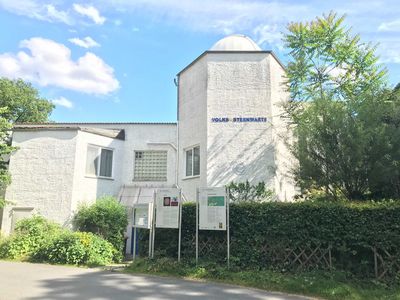 The observatory on Ludwigshöhe, a popular destination in southern Darmstadt and one of the highest points in the city, has existed since 1981. The building was built and expanded with a great deal of work, in large part by the club members themselves. The observation devices are distributed over a large roller roof platform and a dome. These include workshops, exhibition and group rooms, a lecture hall and an extensive library with over 600 volumes of astronomical literature.