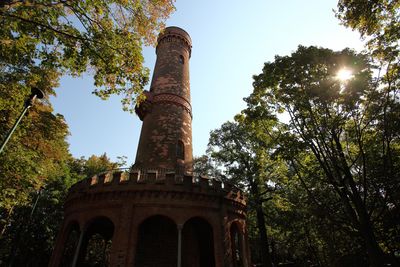 The Ludwigshöhe, also called Bessunger Hausberg, is a popular excursion destination in the south of Darmstadt.