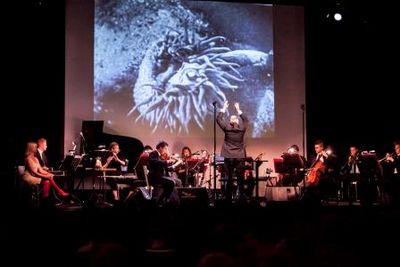 The International Music Institute Darmstadt (IMD) was founded in 1948. Its purpose was to continue in a more comprehensively planned manner the „Summer Courses for International New Music“ which had made their first appearance in 1946. The new entity would facilitate connections between German and international musical life. The most important ingredient was to be a comprehensive library, which seeks as complete a collection of all important works of contemporary music as possible, complemented by an archive of recordings, books, and periodicals as well as other documents of current musical activity. Though this goal seemed enormously daunting under the difficult post-war circumstances, it was brought to fruition with unexpected speed.

Then as now, the purpose of IMD is to organize events, networks, and documentation for the music of our time. This work was recognized in 1998 and 2000 by a development grant from the Ernst von Siemens Music Foundation, as well as in 2002 by the Hessian State Prize for Culture.