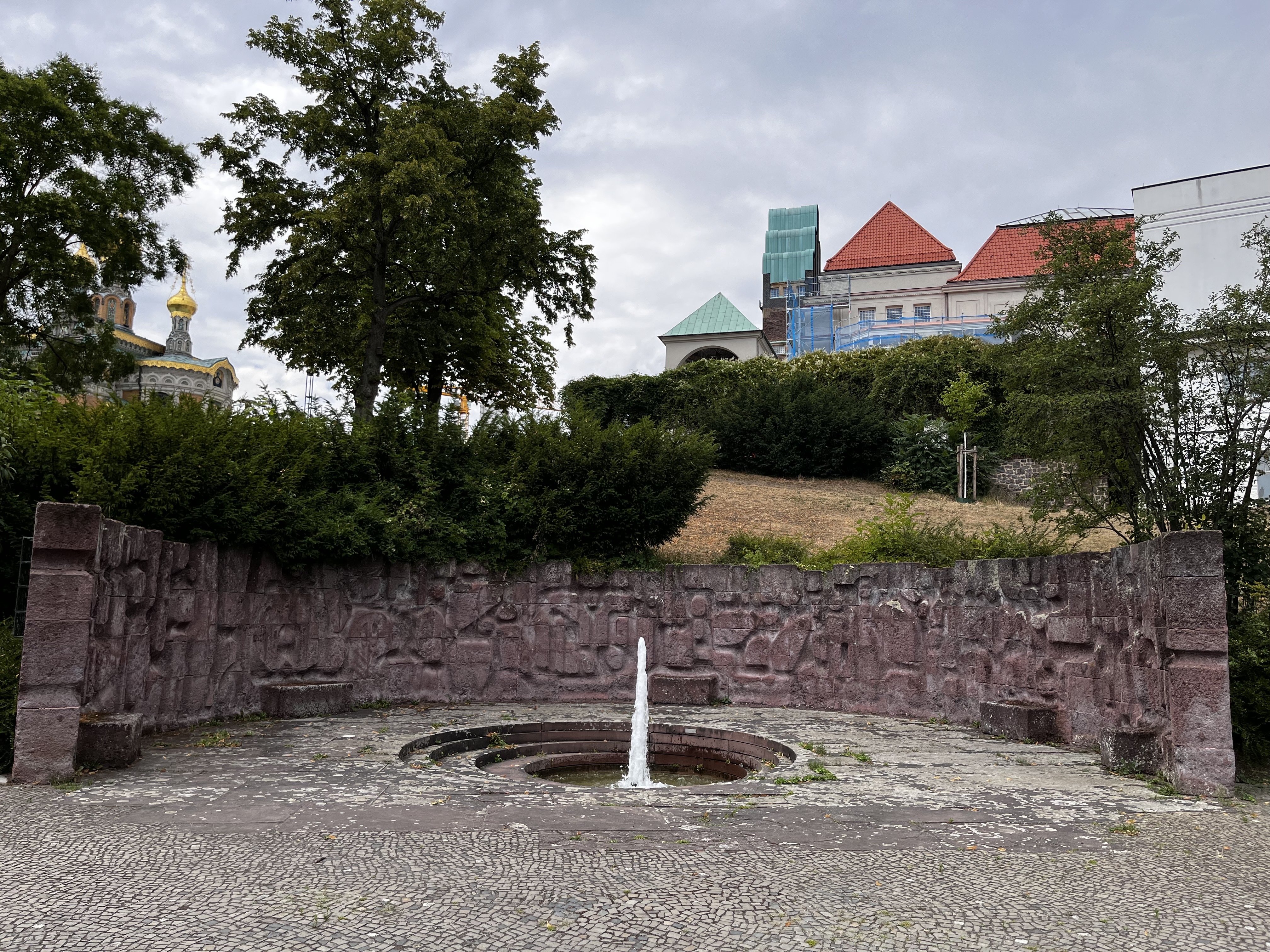 In place of the so-called "Villa in Rosen" stands today a modern fountain by the sculptor Karl Hartung. The city of Darmstadt bought this work at the World's Fair in Brussels in 1958, in order to place it again on the Mathildenhöhe in 1959. However, the fountain was not officially consecrated to the name "Ernst Ludwig Fountain" until 1965, when a plaque was placed in honor of the last reigning Grand Duke of Hesse and by Rhine. We see here a relief wall laid out in a semicircle, surrounding a stepped water basin. This fountain originally stood under a "floating" pavilion designed by Otto Bartning, where the German spas advertised their springs.